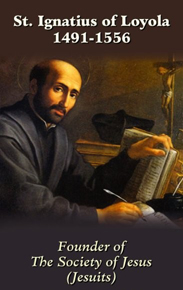 The Society of Jesus is a worldwide Roman Catholic religious order founded by Saint Ignatius of Loyola. He originally called his group "The Company of Jesus" to indicate its true leader, the title was Latinized into "Societas Jesu" in the Bull of Pope Paul III on 27 Sept., 1540. Since then, Jesuits traveled to all parts of the world to proclaim the good news of Jesus. Jesuit presence is there since 1542 with the arrival of Saint Francis Xavier in Goa. Apart from education, they worked in various fields – Science, Arts, Communication, Social Action, Philosophy and Theology, Spirituality… - all for God's greater glory. The motto of the Society of Jesus is Ad Majorem Dei Gloriam (For the Greater Glory of God).

Today more than 19,000 Jesuits work in 112 countries in six continents, with the aim of moulding men and women for others. They see themselves as ‘converted sinners' or ‘wounded healers' and understand their mission in the world as ‘service of faith and promotion of justice.' The charming, serene Jesuit recently elected the Superior General to lead Jesuits everywhere is Fr Adolfo Nicolas, SJ. To learn more about Jesuits worldwide, visit www.sjweb.info 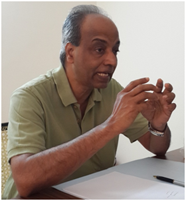 For easy administration Jesuits worldwide are divided into regions or what they call Assistancies. India, Nepal, Sri Lanka, Bangladesh and Pakistan come under the South Asian Assistancy, currently the largest in the world, with nearly 21 per cent of the world's Jesuits working here. It is led by the Provincial of South Asia or POSA, who has his office in New Delhi . Fr George Pattery, SJ is the present POSA. You can learn more about the South Asian Assistancy if you visit www.jcsaonline.org

An Assistancy is divided into Provinces and India has 18 Provinces and 2 Regions: Kohima and Nepal. About 4,000 Jesuits work in almost all the States of India. Ranchi Jesuit Province is one of the four provinces working in the state of Jharkhand.